Part of the Federal Government BER program, this school building features large LVL sections for structural beams and columns.
Beautiful timbers with accurate detailing are made possible with software and machinery technology by Timberbuilt Australia.
Columns placed at angles required custom detailed fin-type base brackets and hidden plate connectors to the beams.
All lengths, angles, recesses, drills and bolt recesses were performed with our Hundegger K2 Precision joinery machine, from files directly exported from Cadwork 3D models. This ensured absolute accuracy and efficiency in manufacture. All members were numbered so they could be rapidly assembled on site.
The complex details achieved by Timberbuilt Australia would have been very costly to produce with on-site labour.
Design
The main timber structure was a complex arrangement of oblique columns, beams and connections. Timberbuilt Australia modelled each component, right down to bolts, nuts and washers, to ensure the various bracket connectors fitted with the LVL members.
Many of the housings within the timbers that create these neat details would have been very difficult, time-consuming and costly to produce on site. Our precision machinery takes the need for complex on-site carpentry out of the project, controlling risk and cost.
Construction
Large beams were composed by laminating LVL sections using precision engineering. Once assembled, beams and columns were processed with all dimensions and connection details as per the 3D model produced in Cadwork.
The structure was “virtually built” in Cadwork 3D, so any issues with the frame were easily solved through active communication with the architect and builder.
The use of 3D modelling and prefabrication saved significant time on site, and produced highly accurate and detailed connections for the project.
All LVL members were sanded to improve appearance, and sprayed with a temporary sealer to protect for exposure to the elements during construction. Any members in weather-exposed applications e.g. verandah columns, were also H3 LOSP treated. McCormick Centre for the Environment 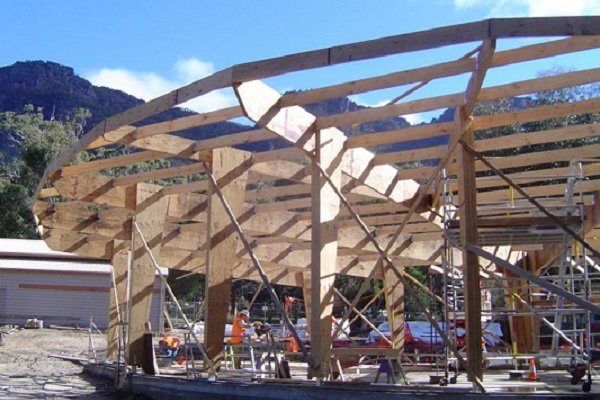 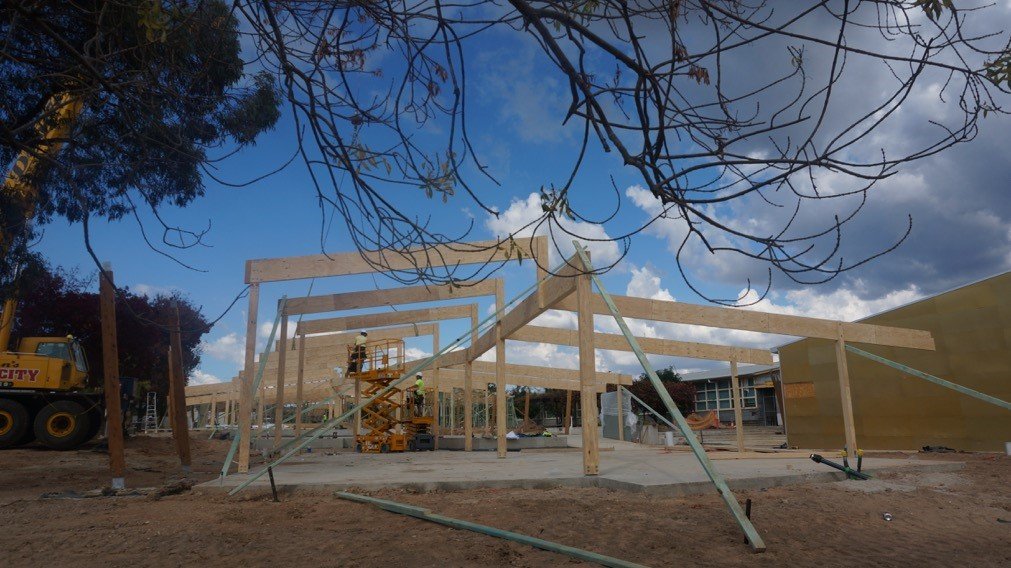