Rebuild of a fire damaged part of a South Dandenong warehouse

When approached Timberbuilt had a particular interest. The affected warehouse was one of the early LVL box section portal frame structures Timberbuilt designed in 1989 and we were most interested in the effect of the fire.
The fire had originated in one corner of the almost 5000 square metre warehouse, damaging two of the portal frames in the vicinity of the outer knee regions and almost completely burning through the purlins in the vicinity. Despite the fire damage the purlins had continued to support and hold the roof cladding in place to allow temporary propping and support of these until reconstruction began. There was no indication that the significantly charred portions of the portal frames were in any way likely to give way.
In 2015 Timberbuilt were engaged by Bay Building Services for the reconstruction. We opted to replace the damaged rafter portions by detaching the outer segments of the rafters at the existing nailed splice locations. Our experience with fabrication techniques provide the basis for advice to the builder on the technique for demounting these types of heavily nailed joints without damaging the parts of the existing structure to be retained. New rafter segments and columns to match the original elements were provided, together with replacement roof and wall framing. Based on measurement of the existing as-built structure Timberbuilt prefabricated the replacement components to match the original layout ensuring that the reconstruction was a relatively seamless process.
This incident once again demonstrates the resilience of timber heavy timber structures to fire. Yes timber burns, but it can retain significant capacity and very often, as in this case, the fire is able be extinguished before complete destruction and the localised damage repaired with minimal disruption. 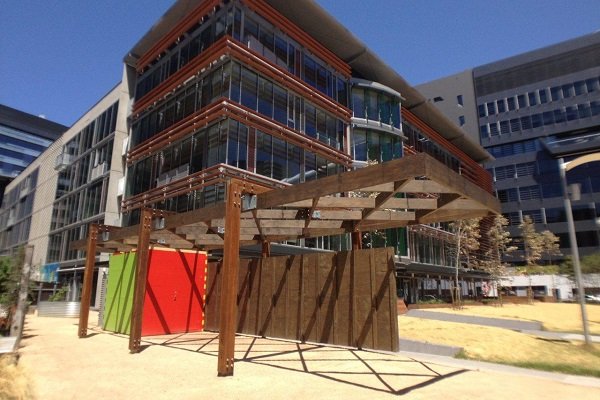 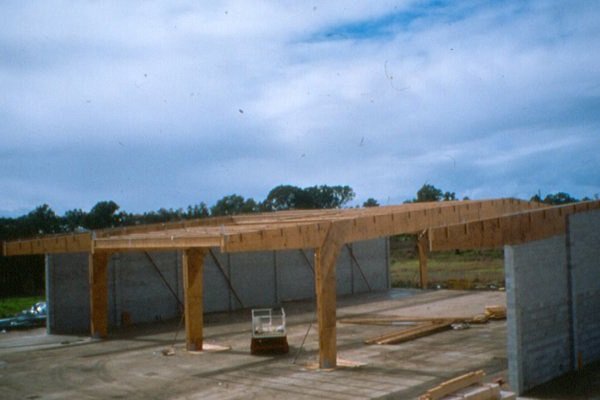